Doctor Hywel Owen from Manchester University will lead a discussion on options for future energy requirements, and how a novel form of nuclear power based on Thorium could transform the way we think about both energy production and nuclear waste. 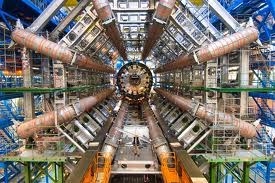 Hywel says “Most people think that energy production must be dirty fossil fuels (which are still the cheapest), alternative energies like wind and solar (which won’t work in the UK), or nuclear power (which is coupled to bad waste problems and nuclear weapons). By using a little-known element called Thorium, I hope to show that the last of these – nuclear – can be decoupled from both waste and proliferation risks, and form a promising mass energy source for the next thousand years and more. Manchester University scientists are working on one way of using Thorium using particle accelerators and, using that as an example, I hope to stimulate a lively discussion on what we need to do to save the planet whilst allowing us to retain our modern technological benefits.”