Knutsford SciBAr set up stalls at Daresbury Science Festival where in a sizeable area we featured Dragon Visual Illusions and gave away dragons for the kids to make at home, Chaotic Pendulums – which caused much surprise and amusement and, of course, the Big Rocket. 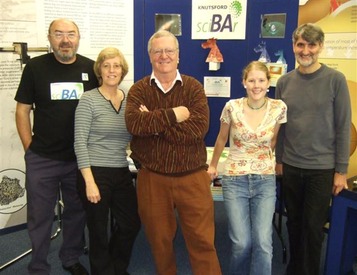 In this picture, the board behind displays the dragon optical illusion. 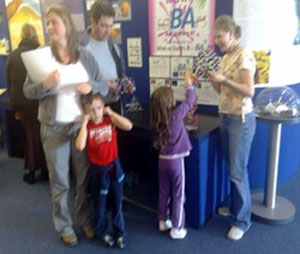 There was also a stall to promote the planned new SciBArs at Didsbury and Chester.  It was enthusiastically manned by Beatrice Downing. 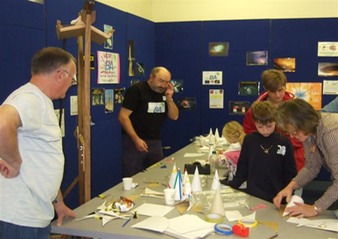 Hey! that rockets going to explode

Our “piece de resistance” was “The  Rocket Trip to the Moon”, designed and created by our resident engineer Roger Gittins. You can see some of the different reactions to our VERY LOUD rockets in the pictures.

The stalls were kept very busy and our SciBArian volunteers had a very enjoyable day as did the children. The show overall had some superb stalls exhibiting lots of interesting science experiments including the ever popular lecture/experiment called “Exploding Custard”. 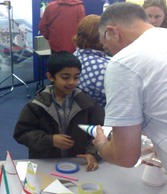 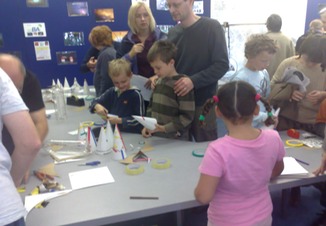 This entry was posted in 2008, out_&_about. Bookmark the permalink.